The mobile communications revolution that has transformed our lives as consumers is now similarly redefining the way forward-looking enterprises manage their operations and engage with employees, partners and customers.

The ongoing pursuit of digital business transformation projects are prompting many CIOs to rethink the technologies, services and techniques that underpin their enterprise mobility initiatives — evolving traditional roles, responsibilities and organizational cultures in the process.

While the numerous commercial applications for smartphones within the workplace tend to be top-of-mind for savvy Line of Business leaders, now mainstream applications for media tablets have also broadened the productivity enhancing potential of mobile device app development.

A large number of the tablets already deployed across British, French and German companies are now considered to be the only device that employees are equipped with to perform their daily work, according to the latest market study by International Data Corporation (IDC).

“Regardless, the majority of tablet users in enterprises currently have at least one other device to perform their online business activities,” said Marta Fiorentini, senior analyst at IDC.

Additional devices are usually desktop or portable PCs, smartphones, workstations — or, depending on the employee’s role, specialized hand-held or point of sale (POS) devices. 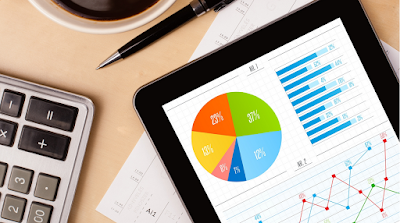 However, a large share of the tablets in circulation are used by employees as their only work tool, either replacing traditional client devices or for functions previously not supported by any computing device.

According to the IDC study findings, tablets are the only business device for 40 percent of the polled respondents to their recent survey. This percentage, however, increases significantly for 2-in-1 or convertible devices — as these hybrid products are often deployed to replace traditional PCs.

The study also shows that hybrids — in either the detachable or convertible form factor — are usually purchased with larger screen sizes than tablet slates. In fact, IDC says that while just over 10 percent of all slates have a screen size larger than eleven inches, the current percentage for hybrids is almost 30 percent — this is expected to surpass 50 percent of these devices over the next couple of years.

In spite of the cannibalization effect on traditional client device markets, standalone commercial tablets are also creating a huge opportunity for vendors. IDC calculated that in 2014 this incremental market accounted for almost 6 percent of tablets used as standalone in the UK, France and Germany.

IDC expects this percentage to increase quickly in these three countries and exceed 20 percent over the next 24 months. The use of tablets as standalone or companion devices has a strong correlation with the user’s job role.

Workers who perform all or the majority of their activities while in-trasit, in the field, or facing customers are more likely to rely solely on their tablets. Also, production workers equipped with a tablet often use them as their only work device in 64 percent of cases. By comparison, only 38 percent of executives and 44 percent of white-collar employees work only on their tablets.

IDC believes that while the majority of enterprises still use the default tools that come with their computing devices, most IT leaders confirm their wish to move to a more integrated single device. The management of multiple mobile device operating systems and associated apps also remains a challenge for half of the IT decision makers interviewed during this survey.

Your Quest for a Comprehensive Solution

The right foundations are crucial to help you get beyond a me-too approach and reinvigorate
or even reinvent your business. You’ll find the real value of enterprise mobility will be revealed as your software app deployments mature from lightweight and tactical to more involved, strategic and scalable use-cases.

Some software vendors, such as Red Hat, provide next generation, cloud-based mobile enterprise application solutions that simplify the development, deployment and management of mobile apps for the most demanding commercial requirements.

Moreover, these product offerings are complemented by professional services that enable CIOs and their IT organizations to quickly and securely launch new enterprise mobility capabilities.

Why is customer service a competitive advantage?

How does stock trading work?

The sharing economy’s effect on business

eBusiness Planet is your online business website. We provide you with the latest breaking news and articles straight from the eBusiness industry.
Contact us: email@ebusinessplanet.com
© Copyright 2022 - Lexur
Posting....